​Marcel Duchamp’s passion for the game of chess amplifies his enigmatic profile in twentieth-century art. He once said, “If you start playing chess when you’re young you’ll grow old and die playing chess . . . and that no doubt makes you waste a fantastic amount of time. . . . Chess fills your time when you don’t paint.” The game—in adhering to its rules and its conventions—was both a tonic and counterpoint for an artist who changed the rules of making and thinking about art for himself and others. “Chess [is a] competition between your mind and [your opponent’s] mind,” he once remarked. “It’s complete—there are no bizarre conclusions like in art, where you can have all kinds of reasoning and conclusions.”

There are countless chess images in art, and in cinema foreshadowing sacrifice or a struggle to come.  A classic example is in 2001:  A Space Odyssey as Dave plays chess with HAL the computer.  Other films devices, through metaphor and analogy can announce a protagonist’s strategy, or be used as a prop to underscore terse dialogue between characters. 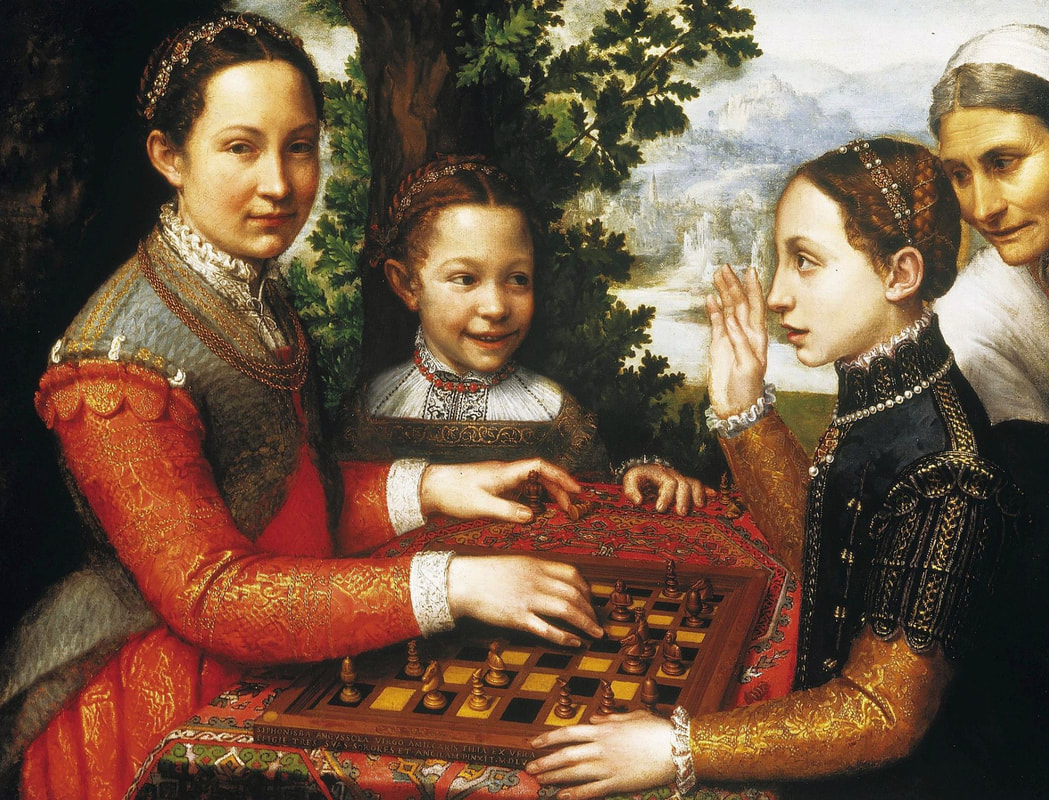 Courtesy and copyright of the artist and Georgia Scherman Projects

Installations such as Authority is an Attribute, part II explored the complexities of land identification and ownership. Authority is an Attribute, part II focused specifically on the unequal power relationships between First Nations people, the provincial government, and the logging and tourist industries. This was a collaboration with the Teme-Augama Anishnabai of Bear Island, designed to provide a visual forum for their land claim, and to address an urban, southern Ontario audience.

The Gameplayers is a staging of two businessmen in pin-stripe suits playing chess on a manicured lawn at the edge of a forest.  Curator and lecturer Helena Reckitt noted that the Teme-Augama Anishnabi people “were viewed as pawns in a chess game—whose voice [as Lake noted in correspondence to Reckitt] ‘was tricked or overlooked at every turn’.” 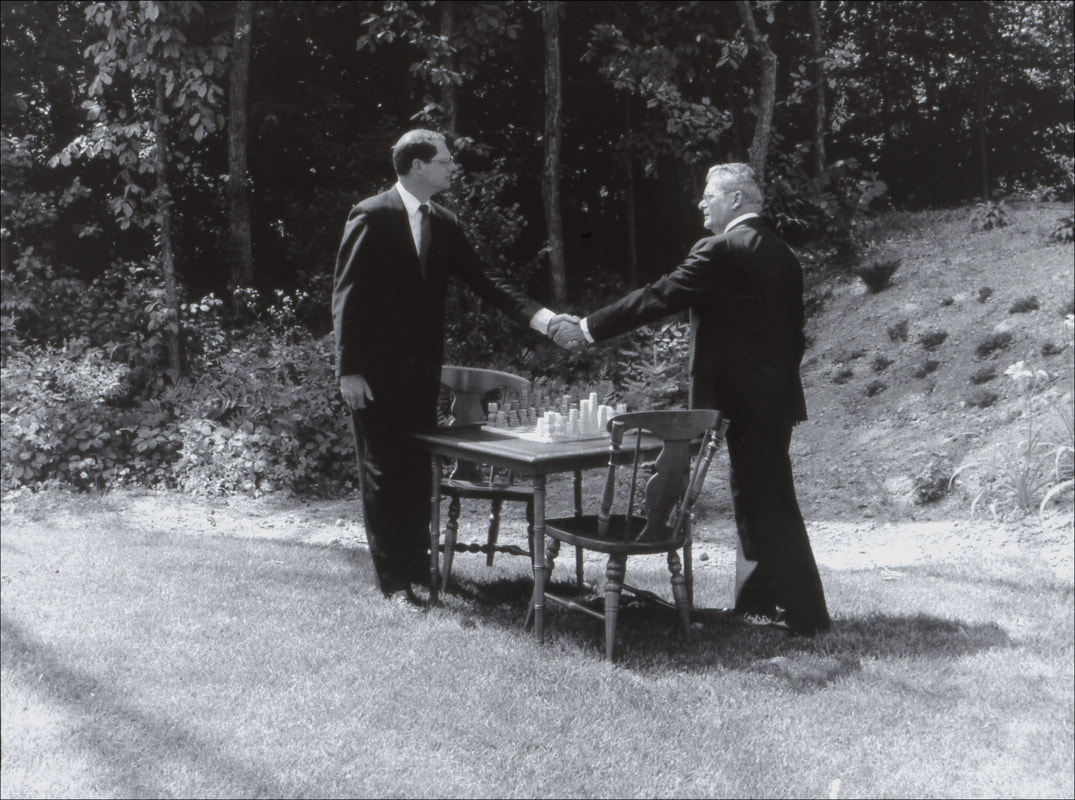 (dis) appearing, 2015
Duration: 38 seconds
Courtesy and copyright of the artist.

In a film made in 1963, Duchamp explained that it was not the mathematics of chess that interested him but the “logic and mechanics. Mechanics in the sense that the pieces move, interact, destroy each other; they’re in constant motion and that’s what attracts me. Chess figures placed in a passive position have no visual or aesthetic appeal. It’s the possible movements that can be played from that position that make it more or less beautiful.”

For (dis)appearing, Pilis constructed a small chamber in which models of chess pieces designed by Duchamp appear and disappear before the viewer’s eyes. step of two consists of a microscope through which one may examine a blurry negative of Duchamp moving chess pieces on a glass table, shot from below. 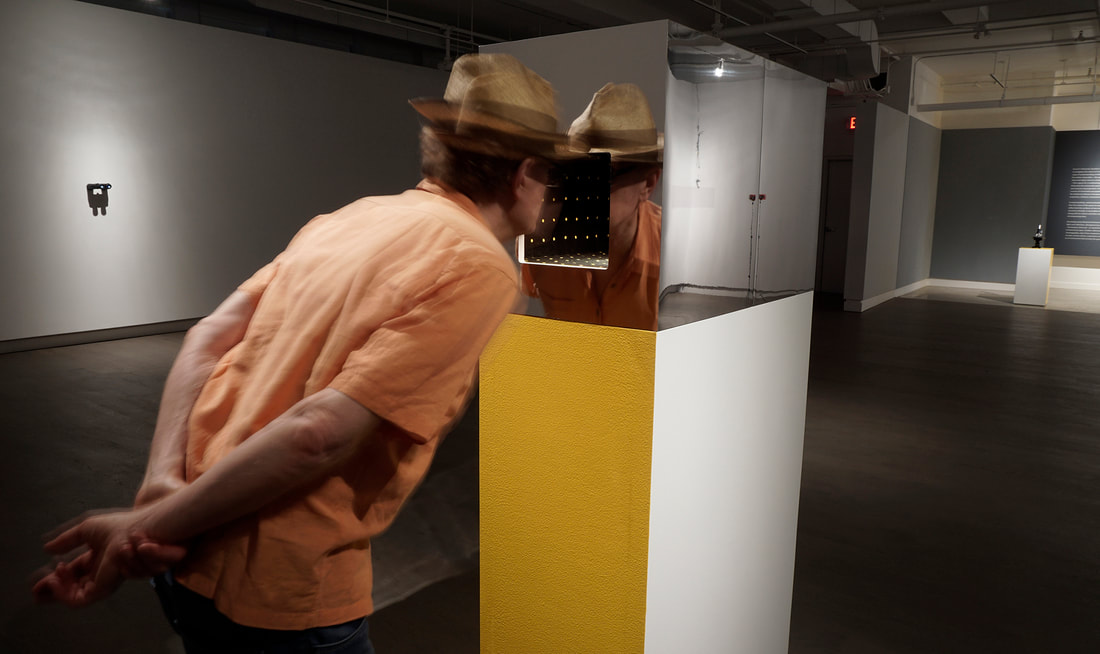 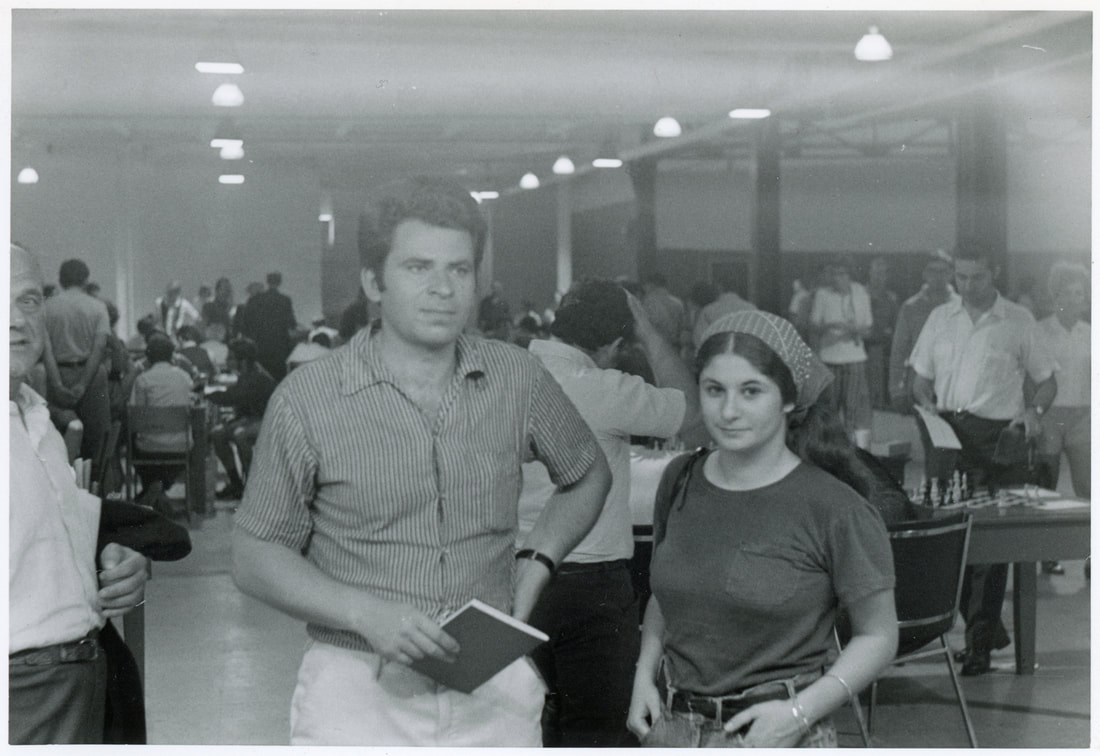