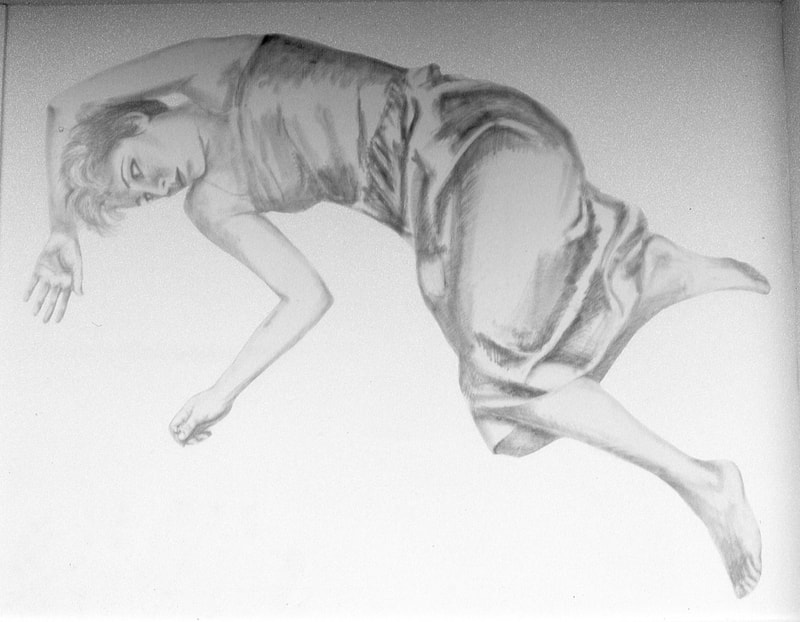 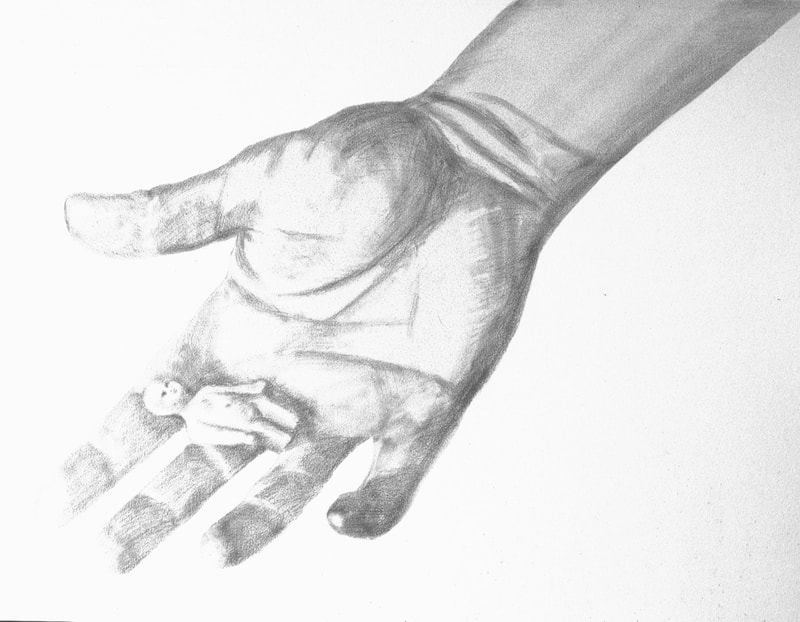 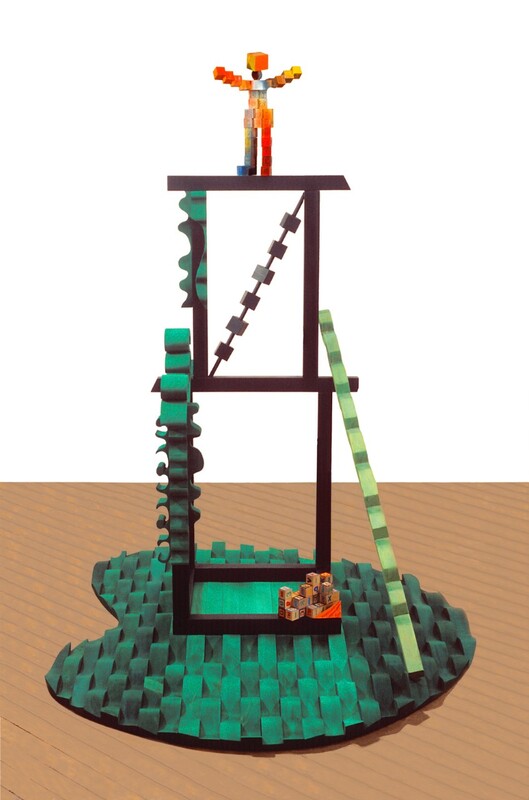 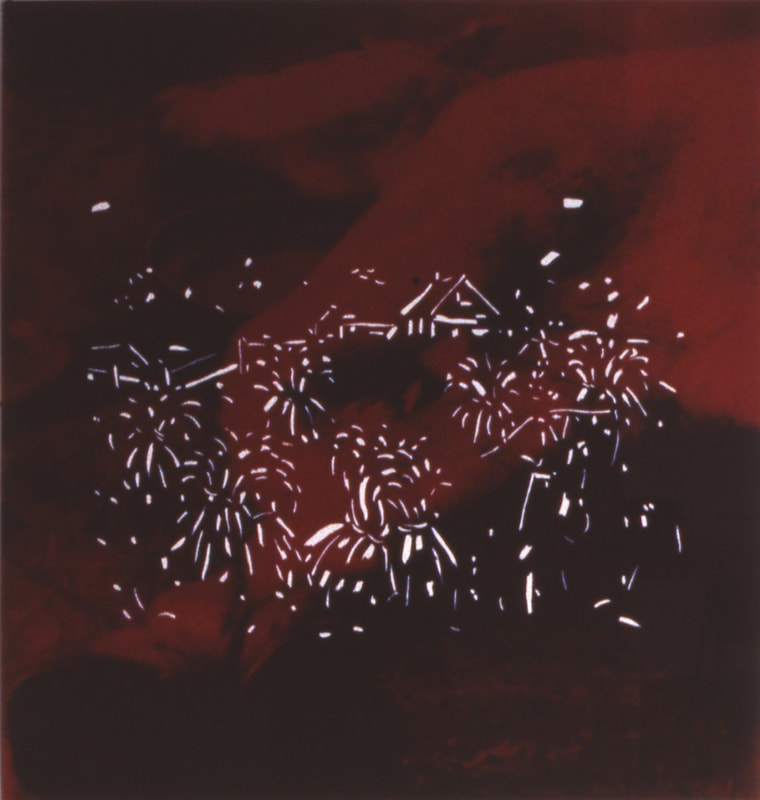 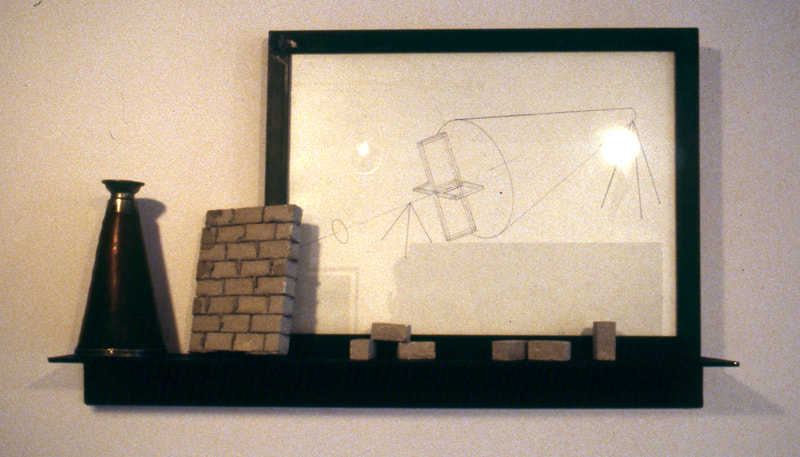 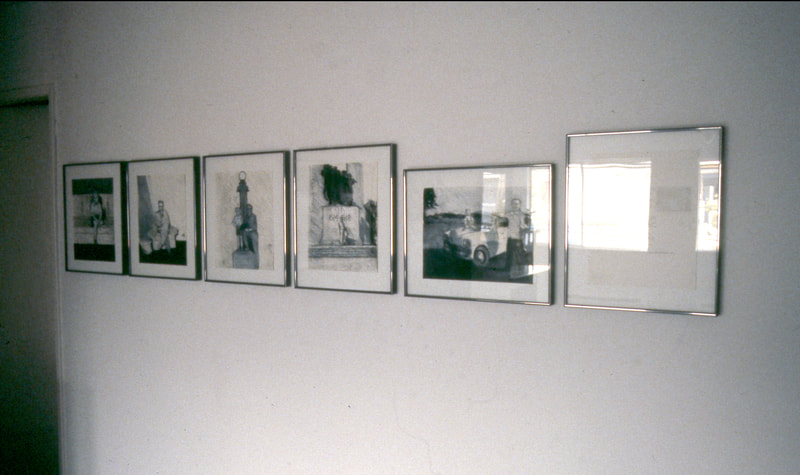 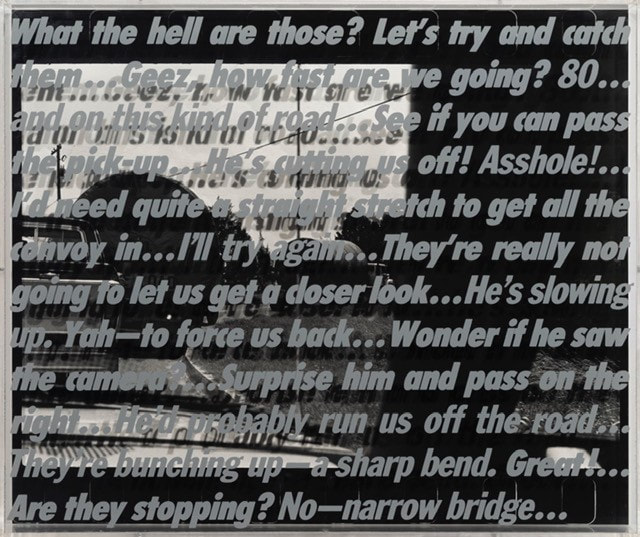 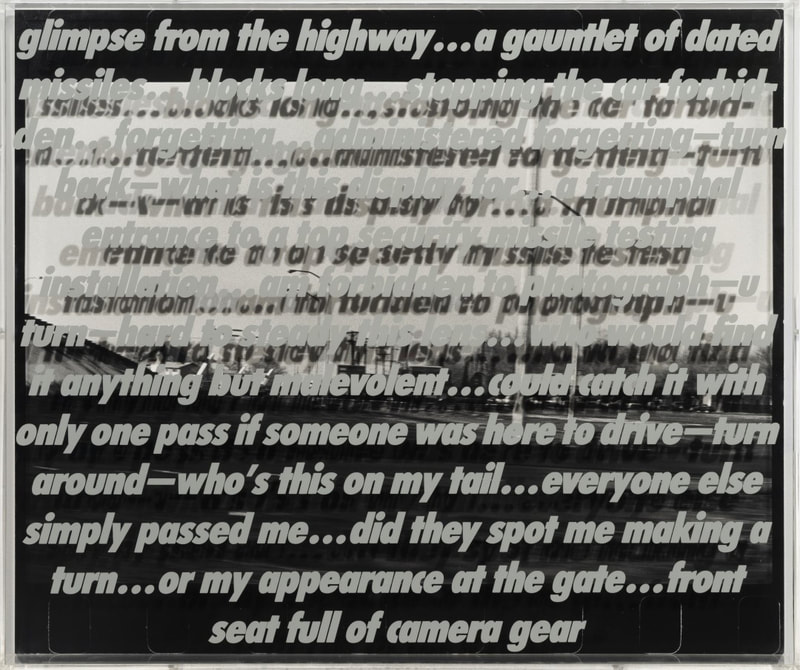 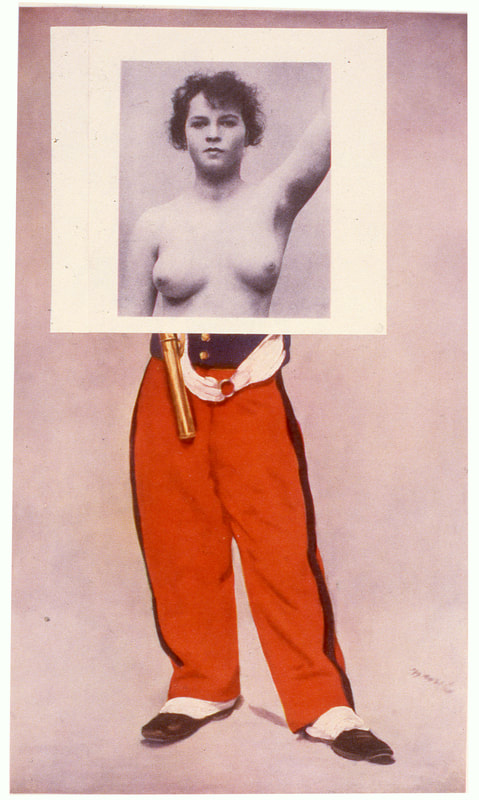 Memories from the Participants

Elizabeth Mackenzie:
"In the 1980s, I created room-sized installations by drawing directly on gallery walls (as I did for my contribution to the YYZ World Tour in 1986). The images were based on photographic references and utilized projected images for rendering the large-scale wall drawings. This movement between the reference, the hand-drawn image, the projected image, and the bodily gestures required to produce the wall drawings was (and continues to be) of great interest to me. Something is both lost and gained in these translations."

Janice Gurney on "Harvest":
"The image of a horse being slaughtered is taken from Georges Franju’s first film, the documentary Blood of the Beasts (1949). The white brush marks on red plexi are copied from a found painting of a harvest scene. I met Greg Curnoe a year before the YYZ World Tour exhibition. I remember being so surprised and happy that when he saw Harvest, he asked if he could buy it! And sadly for me, it had already been sold to someone else."

Stan Denniston:
"What I was trying to create was this: sometimes the story of what was happening (to me) at the moment of the making of the image was more important, more interesting, than the image. The text is the story of what was happening outside of the view of the camera. So that obscuring text, screen-printed on the acrylic in front of the photograph, has to be peered-through -- it's the story 'behind' the making of the image. These are the only two pieces from this series that were ever finished but they led to the Critical Fictions, and the Personal Fictions of the 90's."

Rebecca Garrett:
"Rude Alteration is a group of photo collages on canvas that include Bad Manners, If I Were You, Girl Asleep, Real & Imagined Love, Any Place But Here, and Why She Died. The collages use photographs roughly attached onto images of well-known European paintings, causing a clash in the reading of the juxtaposed media. When the two disparate images are intentionally combined in this way it foregrounds their dis-junction and highlights the juxtaposition. {The} works are on canvas because they refer and gesture to the history of representation in painting, and want to disrupt the way figure and ground are read."

Real & Imagined Love, shown at the Embassy Cultural House in the YYZ World tour in 1986, features the bottom half of Edouard Manet’s 1866 painting, “The Fifer,” Musée d’Orsay, with an early photograph of the head and chest of a nude woman attached to the top of the image, eclipsing the face of the young military musician."

David Clarkson:
"I recently saw the images from the YYZ Embassy Cultural House show after thirty years, and could tell it occurred at a key moment for me. What is clear in the images was less clear in my recollection and I was surprised to see two types of my work included in the show I thought had never be shown in tandem: in the backroom, I had a small sculptural wall work — ‘a statue with a painting’ type object — made earlier in the ‘80s; in the front room, on the wall between jukebox and bar, were two drawings. These were new at that time and I was keen to show how they pursued more contemporary visual signs, their exchange and ambiguity, without the gratuitous materiality or intentional falsity of my earlier sculptures.

I wanted to visit London; as a teenager in Ottawa Pierre Theberg’s curation at the National Gallery had left a big impression on me. He often featured work from London by Martin, Favro, Ewen, Curnoe, Redinger, and Zelenak. I was left with a desire to one day visit this mythical Forest City, hamlet of avant art activity, so I was delighted to eventually meet a terrific bunch of artists there — Jamelie Hassan, Ron Benner, Kim Moodie, Irene Xanthos, Gerard Pas, Wyn Geleynse, Jayce Salloum, Robert Fones, and others.

As I wrote this about my visit to the Embassy, I ran into a small problem. I have a couple of strong and undeniable visual memories: at the venue, drinking at the bar beside my drawings, sitting there talking, a large plant over my shoulder — at the opening I guess. Now all this is fine — and then there are two more memories which I cannot reconcile.

The first is waking with an extraordinary hangover at Ron and Jamelie’s on a brilliant Sunday winter morning, then my headache miraculously cured on my absolutely freezing, subzero walk to get cigarettes. Amen! The second memory is incongruously from a warm summer day and evening on a beach — a bbq, a bonfire — with the YYZ gang and our London pals. I’m not sure which of these two memories is from the weekend associated with the exhibition. Maybe it doesn’t matter, all my memories of visiting London are similar: lots of drinks, youthful conversation and a markedly communal spirit."